Uncover the Secrets of Pensacola Property 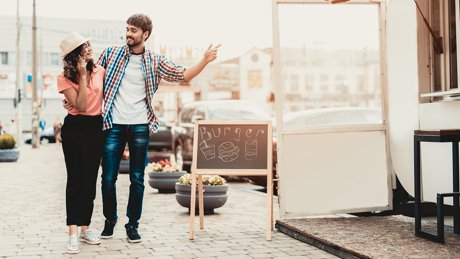 Pensacola property is rich in history and steeped with tradition. With so much to explore many don’t know where to start. That’s where Pensacola’s Premier Tour Company Go Retro comes in. These hosts with the most offer a varied menu of tours that feature history, culture and much more. Both newcomers to the area and locals alike will come away with a wealth of information and memories of a good time.

The Hop-on Hop-off Tour is perfect for people who like to write their own script. Running Tuesday through Saturday from 10 a.m. to 5 p.m. over a dozen stops are on the itinerary. Participants can go where they want, stay as long as they want and spend their day their way. Points of interest include historic village and museums, MLK Plaza, Veterans Memorial Park and and Ferdinand Plaza.

History buffs won’t having an easy time deciding which tour to select. The Civil War Tour delves deep into the conflict, visits battle lines and other significant areas. The Historic Pensacola Tour traverses Pensacola real estate landscapes from Pensacola Beach on inland. Walk about Fort George and historic villages and museums. The Andrew Jackson Tour places the historic figure in the spotlight and shares the amazing role he played in Pensacola history.

Only the bravest of the brave seek out the haunted lands of Pensacola property. The adult only Ghosts and Graveyards excursion is simply bone chilling. Well known and obscure ghost stories are told and time is spent at an age old cemetery. A walking tour traverses these same paths with shadows following along.

Friendlier spirits are found on The Brewery Tour. Five popular breweries are explored during this trip including McGuire’s Craft Brewery, Gulf Coast Brewery and Perfect Plains Brewery. Go Retro roles out the good times on this excursion.

Delve into the wonder of Pensacola and uncover the city’s seemingly unlimited charm and intrigue. Reservations for all Go Retro tours can be made online or by calling 850.466.5220.